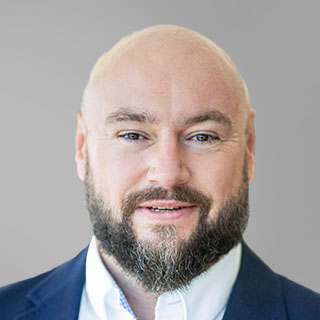 Bartłomiej Kazirod is a Project Director at MDC2 working within the construction team. Bartlomiej’s first project for MDC² is the recently announced MDC2 Park Gliwice. Bartłomiej brings a wealth of construction market expertise to MDC² gained during his former work experience at firms such as GLP (former Goodman), Panattoni and Reinhold.

Over the last decade and a half, he has supervised and delivered a total of 660,000 m2 of modern industrial space, including BTS projects in Poland. Between 2004 and 2008 Bartłomiej was also involved in project management of sites in the UK, i.e., London Dockland or Litmus Building in Nottingham. Bartłomiej graduated from the MBA studies at WSB University in Chorzów partnering with Franklin University (USA) and the Silesian University of Technology in Gliwice.